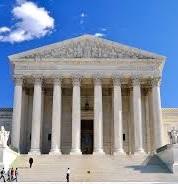 In another thread, I asked, "Have you noticed the extreme lengths Republicans go to avoid testifying under oath?" (see link below)

This is another example of Republicans' aversion to honesty and transparency. You will remember that in 2015 that Trump falsely claimed he couldn't release his tax records because he was under audit but he would release that information when the audit was done. He never did.

Now he is going to the extreme length of filing an emergency request with SCOTUS after a federal appeals court cleared the way last week for the returns to be disclosed to the House Ways and Means Committee.

When you buy a car or an appliance, you probably want to see the specs on mileage, energy usage, etc. In the grocery store, you read the labels to know the ingredients, calories and vitamin information. One of the few objective ways we have to judge a presidential candidate is by their tax filings. Are they tax cheats? Are they as rich (or as poor) as they claim to be? Are they the philanthropists they pretend to be? Do they pay taxes?

Unless they have something to hide from the public (and maybe investigators) I can't think of a good reason for an honest politician to ask the SCOTUS to stop the disclosure of their tax returns. Trump once said, "If you're innocent, why are you taking the Fifth?" We can add to Trump's question and ask if you're innocent of crimes that your tax returns would expose, why are you asking the Supreme Court to hide them?

Even if we give Trump, Lindsey Graham and others the most charitable interpretation for their obfuscation, it's a bad thing that our justice system caters to the wealthy and powerful who can afford to manipulate and abuse it.

WASHINGTON — Former President Donald Trump on Monday asked the Supreme Court to block a congressional committee from accessing his tax records as a long-running legal battle reaches its final stage.

Trump, who unlike other recent presidents refused to make his tax returns public amid scrutiny of his business affairs, turned to the justices after an appeals court in Washington refused to intervene. The court has recently rejected similar requests made by Trump.

Trump's lawyers say the committee's stated purpose that it needed the information to probe how the Internal Revenue Service conducts the auditing process for presidents did not stand up to scrutiny.

"The committee’s purpose in requesting President Trump’s tax returns has nothing to do with funding or staffing issues at the IRS and everything to do with releasing the president’s tax information to the public," the lawyers wrote in the court filing.


The views and claims expressed by contributors are their own and do not necessarily reflect the views and beliefs of SelectSmart.com. Not every statement made here can be assumed to be a fact.
Comment on: "More of the extreme lengths Republicans go to avoid public exposure of the truth."