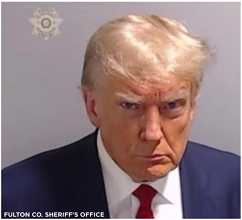 
The views and claims expressed by contributors are their own and do not necessarily reflect the views and beliefs of SelectSmart.com. Not every statement made here can be assumed to be a fact.
Comment on: "Trump may be disqualified from holding public office."