In polls taken since the reveal of the likely overturning of Roe v. Wade, the trendlines for Democrats are looking up. Thank you Republican overreachers! 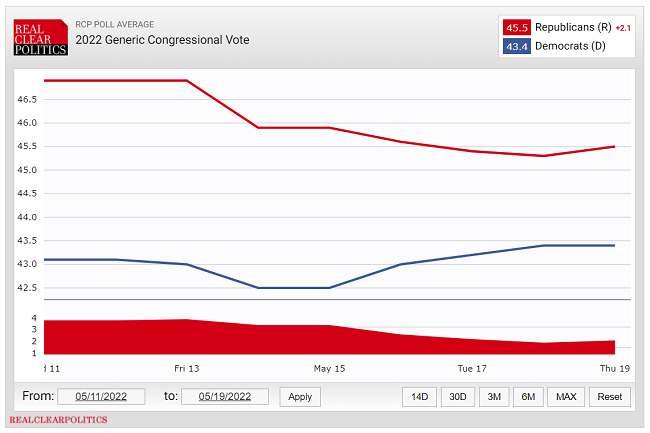 
The views and claims expressed by contributors are their own and do not necessarily reflect the views and beliefs of SelectSmart.com. Not every statement made here can be assumed to be a fact.
Comment on: "RCP: Democrats pull within two points of Republicans in 2022 Generic Congressional Vote Poll since SCOTUS leak"