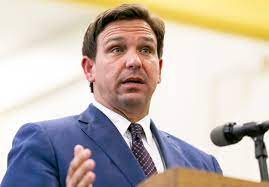 Interestingly, the top Dem, "that feckless dementia-ridden piece of crap" comes in third.


The views and claims expressed by contributors are their own and do not necessarily reflect the views and beliefs of SelectSmart.com. Not every statement made here can be assumed to be a fact.
Comment on: "Betting markets now give DeSantis the edge to win White House in 2024"